Weekly insights from an Entreprenuer: To spend one year as a tiger is better than to live forever as sheep

Growing up with techies, you quickly learn and internalize the path to startup success – have a great idea, prototype it, show it off to people, and if you’re lucky, it’ll stick, and the $$ will follow. For a long time, I’ve been following this strategy: coding at home in my free time to try to build the next coolest thing and I’m sure I’m not the only one that aspires to change the world in this very way. Gates did it. Zuckerburg did it. I should be able to do it. 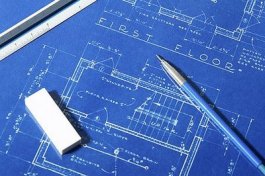 After reflecting on this ‘truth’ for the past couple days, what I’ve quickly realized is that you don’t NEED a product to SELL a product. Being a visionary and being able to present, persuade, and sell to investors, employees, and customers is much more important than having the know-how, time, and money to prototype your ideas. Of course, it never hurts to actually have something to show when you’re presenting, but a good entreupreneur needs to be able to have such a clear vision of their product that they don’t need to build it, before they sell it.

I love real estate, so lets use that as an example. Every builder out there knows the most important thing to building a house is the architectural drawings. Once they can hand that over to an agent, the agent can sell it. Nothing is built, nothing is finalized, and nothing has actually really happened yet, but that plan, on that little piece of paper is enough to persuade some buyer to fork out enough money for probably the biggest transaction of his/her life. That’s pretty cool.

Hi, my name is Brian Ma - cofounder at Decide.com. This blog is dedicated to you, the aspiring entrepreneur or the curious startup hobbyist. I hope that my mistakes, challenges and triumphs will help you one day realize your dreams to really change the world.
If you're new to this blog, I'd suggest starting by clicking on this link.